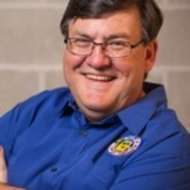 In the first chapter of the book of Joshua, we see Joshua as the new leader of Israel. His was an immense task as he followed Moses and learned to follow God. In verse 3:7, God tells Joshua that He will exalt him among his people.

Joshua had to trust God as he and the people walked toward the Jordan River at flood stage. Everyone must have wondered if the God of Moses would be the God of Joshua. They must have wondered if the Jordan River would part like the Red Sea. And it did! There must have been a euphoric mood among the people to see this great miracle, much like the one they had heard of—how God had parted the Red Sea before they were born. Their faith in God must have soared.

Yet God then did something unusual. Serving God and praising him wasn’t enough. The people were charged with setting up a memorial so that the miracle would not be forgotten. They were charged with passing their faith tothe next generation lest the godly nation be lost.

God instructed Joshua, and Joshua explained to the people what God had declared. Twelve men, one from each tribe, were chosen to carry a stone on their shoulders from the place where God had parted the Jordan River. Can you imagine these twelve champions, each representing their tribes of hundreds of thousands of people, putting stones upon their shoulders? I can imagine each choosing the largest stone they could carry. God didn’t ask for a pebble or something that could be carried in a pocket. He asked for stones that had to be carried on their shoulders. All of Israel must have been wondering what God was doing with these twelve stones.

Joshua explained that the memorial was a sign for the children and the generations of children to come. Children of the future would ask, “What do those stones mean?” And then the stories of the greatness of God would begin. A father might explain the top stone as the crossing of the Jordan River. The next stone might be the manna in the wilderness or the water from the rock. One stone might be the story of the crossing of the Red Sea or the escape from Egypt. One might represent the plagues of Egypt or God rescuing Joseph and putting him on the throne over Egypt.

God wanted the children of future generations to hear the stories of the God they serve. He wanted them to hear about the crossing of the Jordan River. He wanted them to know that He cares for His people, He has a plan, He has power over nature, and He is a good God.

This current generation is living in an ever-increasing time of evil. What was once called wrong is now called right. What was once agreed upon as right isnow called wrong. Like the children of Joshua’s day, our kids need godly mentors to invest in their lives. Scripture shows us that the generations who succeeded those who crossed the Jordan River lost out with God. Their leaders failed to pass on godly faith. As I write in my book Strong Enough to Last (available from GPH/My Healthy Church), we must endeavor to sow deep seeds in the lives of our kids—so deep that they will live for God the rest of their lives.

Don’t be discouraged in investing in the lives of the next generation. Whether on Sunday, Wednesday, online, or in person, your influence, your affirmation, and your investment will pay great dividends as kids get the chance to ask you, “What does all this mean?” Your words will be “stones” which stand firm in their lives and will be repeated in the future when it is their turn to mentor the next generation.