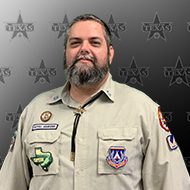 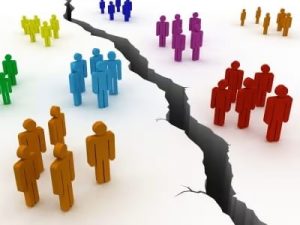 Black vs. White. Masks vs. No Masks. Vaccine vs Natural Immunity. No matter what the issue, division within The Church is catastrophic and originates from The Enemy. A divided Church will never add to its numbers or multiply, and that is why The Enemy is distracting us from our primary mission. As soon as I realized this, I had to repent of being guilty myself.

Paul, the Apostle, wrote frequently to The Church about issues that were dividing The Church even in his day. In his Epistle to the Ephesians, Paul reminds us in chapter six and verse twelve, “For our struggle is not against flesh and blood, but against the rulers, against the authorities, against the powers of this dark world and against the spiritual forces of evil in the heavenly realms.” There is a very real spirit of division at work in the world today. We, The Church, need to be aware of the enemy’s schemes and devices and not succumb to them. Paul wrote to the Corinthian church about a young man who was living in a sinful relationship. In Paul’s second letter to the Corinthian church, he encouraged the church to extend forgiveness, for the reason in 2 Cor. 2:11, “in order that Satan might not outwit us. For we are not unaware of his schemes.” The enemy has used his same old tactics again and again. Why? Because God’s people seem to fall for them again and again.

As Royal Rangers leaders, we pledge to live by a specific code (that includes being polite, kind and thoughtful) and Matthew 7:12, “So in everything, do to others what you would have them do to you, for this sums up the Law and the Prophets.” When we berate others, call others names, speak of those with whom we disagree with disdain or belittlement, we are NOT showing the love of Christ, nor are we living up to the Royal Rangers Code and principles of living that we, as Royal Rangers, pledge ourselves to live by.

As believers, we are called by our Lord to deny our own selves; to put others first. “Whoever wants to be my disciple must deny themselves and take up their cross daily and follow me.”(Luke 9:23, NIV) In this context, that means we don’t argue with one another just because we “KNOW” we are in the right. Paul wrote in Titus (chapter 3), “Remind them to be subject to rulers, to authorities, to be obedient, to be ready for every good deed, 2 to slander no one, not to be contentious, to be gentle, showing every consideration for all people. 3 For we too were once foolish, disobedient, deceived, enslaved to various lusts and pleasures, spending our life in malice and envy, hateful, hating one another… 9 But avoid foolish controversies and genealogies and strife and disputes about the Law, for they are useless and worthless. 10 Reject a divisive person after a first and second warning, 11 knowing that such a person has deviated from what is right and is sinning, being self-condemned.” Paul leaves no doubt that the one who causes strife and division within The Church is sinning. I don’t want to be that person.

The Apostle Paul gives us even more sage advice in Ephesians 4, calling each believer to live in unity with one another. “Therefore I, the prisoner of the Lord, urge you to walk in a manner worthy of the calling with which you have been called, 2 with all humility and gentleness, with patience, bearing with one another in love, 3 being diligent to keep the unity of the Spirit in the bond of peace. 4 There is one body and one Spirit, just as you also were called in one hope of your calling; 5 one Lord, one faith, one baptism, 6 one God and Father of all who is over all and through all and in all.”

The next time a comment is made that we do not agree with, let’s make a point to remind ourselves that we are called to be peacekeepers, that we are not to let the Enemy get a foothold within The Church or our lives, that we have died to our own flesh and now live for our Lord, Jesus Christ. Let the bickering, the “debating” and the insulting of our own brothers and sisters and of those who our Lord found precious enough to die for, STOP. It is time that we, the leaders of The Church, decide that enough is enough. It is time we decide that we are going to fight the REAL Enemy, and not fall for the decoy he has sent to distract us.