The Spiritual Impact of Summer Camp 2021 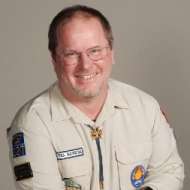 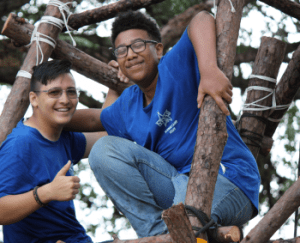 Summer Camp for South Texas Royal Rangers ended on Sunday, June 27, but from my perspective as the Camp Coordinator, the impact continues strong.  Many experienced why we refer to these camps as “A Summer Camp With A Purpose!”  Testimonies are still flowing in and it is wonderful to hear all that happened for God’s Glory!

I believe 2021’s Summer Camp experience will be a catalyst for accelerated momentum for junior training in South Texas as we endeavor to go to even higher levels – as many new men, boys, and parents caught the vision of WHY WE DO WHAT WE DO!  While the process is similar each year, each camp experience brings its own unique testimonies and camp stories of transformation.  Below is a sample of some of the feedback to date from boys, parents, and leaders in South Texas as we all try to process what just happened to each of us at this year’s Summer Camp!  After prayerful consideration, the feedback was edited slightly to remove names  to focus on the message for God’s Glory. While these are personal contributions, each comment is indicative of what many experienced.  Praise The Lord!

“JLDA (*) was an experience in my life that I will always remember. Spiritually, it was the first time I can say I was at ease with the Lord, I didn’t feel this burden deep inside me.  I was able to open up on the third night service.  I felt the Holy Spirit and I just cried out and prayed like I’ve never done before to the point where I was speaking in tongues for the first time. JLDA started as me just meeting random young men and at the end a Brotherhood/ family was formed. JLDA was the exact thing I needed to finally open up and say Lord I need you I’m lost but now I am found!! Like Chaplain said, we are in this little box/ fence and at any moment the enemy can strike and bring you down.  This Camp helped me realize what is truly going on in my life and how the struggle is really hard.”

“Thank you so much for dedicating your time to train the boys. He had a great time at camp. He talked about many aspects of camp, but the main thing he talked about was the night prayer. One night the boys in his tent kept praying after the service. He said it was very powerful and they stayed up praying until past midnight.”

“After talking it over with him, his biggest spiritual take away was a better understanding of the ‘bigness of God”.   You very much impressed him with the presentation of the Royal Ranger traditions that the older boys took part in. I know that he is excited for the next camp.”

“He shared about the service the boys led – how it went until 1:30 in the morning, and how one boy after another got up to share his testimony.  He said God spoke to him that night as he looked up at the night sky, telling him that just like God named every single star, every single boy around that campfire is known to Him and that God has special plans for each one – none are lost or invisible in the darkness.  We are so glad that he was able to be a blessing with the work he did while there, but even more glad that he got to experience God this way.   May the Lord return the blessing to you, pressed down, shaken together, and running over.”

“….there was a lot of wisdom, knowledge and confirmations along with the hopeful start of healing for one that I mentor.”

“His parents commented they were surprised at the level of Spiritual Activities and Involvement that he experienced and witnessed.  A Majority of Parents and church members think that what the boys do during these camps and at their outpost meetings is just fun and games. But they walked away feeling encouraged, especially when they heard the Graduation Devotion. The Camp Chaplain was Instrumental in Pouring into the Lives of not only the rangers but to all of us who participated.”

“He shared his testimony at Rangers last night. It certainly made an impact on him. He especially shared the service that the boys held that lasted from 8 pm until 1:30 am. He told us about the ashes of sins nailed to the cross and about the Chaplain’s devotion about the elephant.  He was very proud of the gold medal. Yes his life is changed. Before the camp he did not trust the Lord very much. I saw a boy grown up emotionally and spiritually when he got back.”

“Amazing weekend at Camp Williams.  The boys had a great experience with our Lord and Savior, thank you STXRR, can’t wait till next camp.  He loved the services.”

“He said that he felt God’s presence at each service. He now appreciates how family time is so precious.  He also feels that his cup was filled and he is on fire to read more of the bible.”

We had several fathers serving while their sons were participating as candidates, who were able to witness this tranformation in person.  One mother at graduation relayed to his Patrol Advisor that he was a different man.  The connection between him and his parents were strengthened following his camp experience. Another father was there when his son was filled with the Holy Spirit, and commented, like any of us would,  “And it was awesome!!”  It is a wonderful experience for leaders to be able to have a shared experiences with their sons and boys from their outpost.

A Patrol Advisor reported watching one boy go from being timid to a leader of his patrol. Boys dealt with stuff, many leaving it at the altar being delivered.  A boy was prayed over who was down in the dumps, and revealed he had no idea who is Dad is, but for the rest of the camp he had big smile on his face showing he was grateful, and his smile and attitude showed God truly touched him.

The list can go on and on. I’m sure if I was able to sit down with every boy and leader, I could fill many more pages of the spiritual impact of this camp to both the candidates, and the leaders. Each parent, each candidate, each leader and their spouses & families who sacrificed their time, all those that helped pray for this camp, all those who invested in this camp before, during, or after with work or funds or travel getting boys to this camp – you all played a part and you all get to share in the blessings!  I too, pray, the Lord will return the blessing to you, pressed, down, shaken together, and running over!

In closing, I wish to share two of my favorite moments at the camp.

I was walking over to the tables where the different camps gather to eat. A young boy from JTC came running over.  He ask me:  “Are you Commander Frank?”  I said yes, and he gave me the biggest hug and said:  “Thank you, Thank you, Thank you!”  My heart melted.  Throughout the rest of the camp, I watched that young man smiling and growing. God does GREAT THINGS for these young men, and it is incredible to witness.  We have no idea what is going on in their lives, but God has a way of transcending all of that.   The process of these camps helps to strip off the layers and allow for deep mentoring, discipleship, and connection with God.

In addition to being the Camp Coordinator, I also served as the Merit Camp Chaplain.  On the final night of the camp, we had a long evening planned after the services to do hourly moon plotting up to midnight in order to complete the Astronomy merit.  You cannot put boys to bed and wake them up hourly, so we developed a plan to keep them reasonably active and make it a night to remember!  The boys would eventually get to watch a show on Space Exploration followed by a night BB Gun shoot of christmas lights, but Step #1 was to get the boys through the showers quickly.  I agreed to stay and help entertain and spend time with two patrols at a time, while the 3rd patrol was being cycled through the showers.  This was a relationship building opportunity for me with the boys, and I had intended to do some fun and games; however, the boys had a different plan.  Before I finish the story, a little story behind the story.

The message that night didn’t go exactly as planned, because the Holy Spirit had different plans.  After I had finished what I had planned on paper, the LORD prompted me to speak to the boys about 2 Chronicles Chapter 20. I encourage you to read it, but big picture 3 armies were coming out to battle against God’s people.  The leader sent out the praise team in front of the army.  Imagine that in today’s context, 3 gangs coming against you with knives and guns – and you stop to worship God with no other weapon!  In the natural, it makes little sense; however, in God’s plan it is everything. Before the praise team reached the battlefield, the 3 armies had turned on each other and destroyed themselves. I helped the boys see how those 3 armies could be anything that is attacking you or your family, and how worship is the key. We spent some time after reading that Bible passage to worship.  Knowing we had to stay on schedule for the merit activities, at 9 PM I transitioned the camp to the next step – the shower plan.

As soon as we released the first patrol to the showers, one of the boys in the other 2 patrols looked up and said to me – can we go back to worship now!

This is WHY WE DO WHAT WE DO!

*NOTE:  References to JLDA means Junior Leadership Development Academy, which starts with Junior Training Camp (JTC) and is a part of our Summer Camp line up.